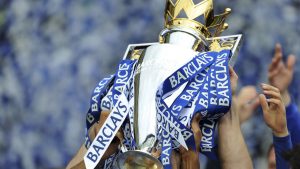 Congratulations to the Leicester City Football Club on their outstanding achievement of winning the Barclays Premier League title. This is even more impressive in light of the fact this is only their second year back into the English top division. From playing in the third tier of English football to becoming the Kings of England, Leicester City Football Club have certainly had a very interesting seven year experience.

In 2009 Leicester City Football Club appointed Nigel Pearson as manager as they played in the third division. They were immediately promoted by finishing as champions with a 2-0 win over Southend United with two games in hand. They then finished 5th in the championships but lost to Cardiff City in the penalty shootouts.

After a good start to the season seemed to become derailed for Leicester as they had only 19 points from 29 games and it seemed to be all over. However, with seven wins out of their last nine games, Leicester finished in 14th place with 41 points and had completed the great escape. Almost every pundit predicted that this was as high as Leicester would climb and were predicting thus to be a certainty, little did they know about the fairy tale season to come.

This season Jamie Vardy was the spearhead scoring 13 goals over 11 consecutive games from August to November, Leicester Stormed into first place and were on top of the division on Christmas day having ‘ironically’ been last place 12 months earlier, on the 2nd of May Leicester clinched the title with Tottenham failing to defeat Chelsea in their 2-2 draw.

The Motto of Leicester City Football Club is ‘Foxes Never Quit’ Which I think has proven by this fantastic season, as if you strive you will suceed.

In 2015 The Learning Support Centre had the opportunity of hosting our ‘Away day’ at Leicester City ground, discussing opportunities how we can continue to diversify our services. If your business would welcome any our services www.learningsupportcentre.com/support-in-the-workplace that we can provide then why not get in contact with the team to discuss how we can support your employees. www.learningsupportcentre.com/contact