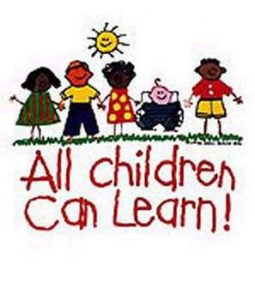 Over the years there have been discussions on how government funding and support has impacted on children and young people with special educational needs and disabilities (SEND). They are not getting the support they need.

A teacher commented, “The sheer number of different needs in my class is staggering, but there is no budget to pay for the support”.

After the introduction of the new SEND Code of Practice in September 2014, which changed the criteria used to identify SEND, many children are not eligible for Government funding and support. As a result, growing numbers of children are being left without suitable school places and are at risk of being turned away from mainstream schools.

According to the Local Government Association (LGA), budget cuts, along with rising demand, is putting a strain on councils’ abilities to offer places to these pupils in need of extra help. National Education Union leader Kevin Courtney said official statistics showed that 4,050 special needs pupils were without a place in 2017 in England.

Sandy Jonsson shared her experience about her son, Harrison, who is 11, suffers from autism and ADHD. In Primary school, Harrison had good support however he began to struggle during the transition to high school and had a nervous breakdown and subsequently developed an eating disorder and depression.  The support was no longer as accessible. Harrison ended up being home schooled as no other school place was available. Sandy commented, “Unless you’re significantly disabled or have a tangible form of autism you’re thrown to the wolves,”

However, the government said money for schools and special needs had been protected and was due to rise to its highest ever level of £43bn in 2020. The DfE said local authorities had always been able to adapt their funding allocation to meet local needs, if they followed set criteria.

The future for children is bright, they need to be given the opportunity to thrive and with funding and support in place by the government this is a good start.

You can read more by Clicking HERE