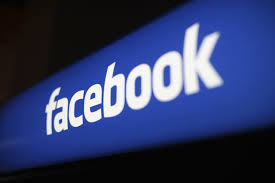 Technology has been improving at a rapid rate, from things such as smaller, sleeker and more powerful phones to the evolution of the internet which has become integral to most of our lives. One extremely important aspect of the internet is the social media, which in recent years has been evolving and now is seen as an image driven Medium. It is estimated that 1.8 billion images are uploaded to social media sites such as Facebook Twitter and Instagram every day and we all know that a picture can replace a thousand words, but what about people who may not be able to see these pictures?

At present, blind or partially sighted people use a navigation software called Screen Reader to make their computers usable. This transcribes the content into speech output or braille. However, this software can only read the text and not the pictures. Using Artificial Intelligence, Facebook’s servers can describe images that have been uploaded to their site and this in turn allows Screen Reader to read out the text to its user.

Facebook says their software can recognise about 80 familiar objects and activities. The software adds the descriptions as a form of alternative text (Alt Text) on each photo. They say that the more images that the software scans, the more sophisticated the software will become.

The pioneer of this technology is Matt King, a Facebook engineer who himself lost his sight as a result of Retinitis Pigmentosa. This is a condition which destroys light sensitive cells in the retina

“On Facebook, a lot of what happens is extremely visual,” he told the BBC. “And, as somebody who’s blind, you can really feel like you’re left out of the conversation, like you’re on the outside.”

“Our artificial intelligence has advanced to the point where it’s practical for us to try to get computers to describe pictures in a meaningful way. This is in its very early stages, but it’s helping us move in the direction of that goal of including every single person who wants to participate in the conversation,” he added.

Personally, I find the progress in Assistive Technology very exciting as it offers equal opportunities to disabled people and gives us an exciting glimpse into the future at what is possible.