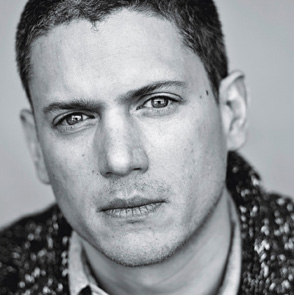 How to deal with internet trolls ? Wentworth Miller gives a perfect example.

The Prison Break actor Wentworth Miller has spoken out today about his own struggle with depression following a cruel meme that went viral on the internet making fun of his recent weight gain;

‘Ashamed and in pain, I considered myself damaged goods. And the voices in my head urged me down the path to self-destruction. Not for the first time.
I’ve struggled with depression since childhood. It’s a battle that’s cost me time, opportunities, relationships, and a thousand sleepless nights.
In 2010, at the lowest point in my adult life, I was looking everywhere for relief/comfort/distraction. And I turned to food. It could have been anything. Drugs. Alcohol. Sex. But eating became the one thing I could look forward to. Count on to get me through. There were stretches when the highlight of my week was a favourite meal and a new episode of TOP CHEF. Sometimes that was enough. Had to be.
And I put on weight. Big f–king deal.’
Wentworth’s response to this meme has prompted LADBIBLE to apologise for the cruel meme in which they say ‘We posted two pictures of you last night to our Facebook page, but today we want to say we’ve got this very, very wrong. Mental health is no joke or laughing matter’.
Wentworth’s open and honest response to body shaming brings to light the inner struggle that those coping with a mental health difficulty face on a daily basis, often in silence and without support. Wentworth urges others to reach out to anyone that maybe struggling with depression;
‘If you or someone you know is struggling, help is available. Reach out. Text. Send an email. Pick up the phone. Someone cares. They’re waiting to hear from you. Much love. – W.M. ‪#‎koalas ‪#‎inneractivist ‪#‎prisonbroken ‘
and includes links to several mental health charities that can be contacted for support.
http://www.itv.com/news/2016-03-29/lad-bible-apologises-to-wentworth-miller-for-poking-fun-at-his-weight-as-prison-break-star-reveals-depression/