Can you potentially claim back thousands of pounds on your student loan payments? 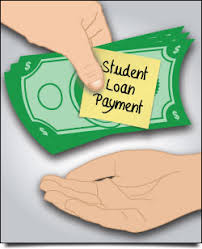 The Student Loans Company (SLC) is a UK public sector organisation providing loans and grants to over one million students annually, across England, Northern Ireland, Scotland and Wales.

According to Money Saving Expert Martin Lewis, there are three ways you can be owed thousands back from your student loan payment. In an article, Sophie McCoid summarised the following tips:

1.Paying the loan back too early

Graduates are only eligible to start repaying their student loan the following April after graduation – usually nine months after leaving.

But many people start paying before that, usually because of payroll issues.

If your employer has the wrong information about your uni leaving date, or does it wrong, you could have started repaying too early.

Ideally, you’d have your national insurance number, payroll number and PAYE reference with you when you call – but they can find out if you’re owed money without these details.

In the last three years over 100,000 graduates started paying back their loan too early – so you could be in with a good chance at getting cash back.

2.If you’ve repaid in a particular year

But if you earned over that in a particular month such as a bonus, or you stopped work through the year money could have been taken from you, even though you earned less than £21,000 in that year.

If that’s you, then you could be owed cash back.

3.If you’re still paying after the loan is cleared

People overpay their loans because the Student Loans Company only gets told by HMRC how much you’ve paid once a year.

As a result, people who’ve finished paying off their loans can still have money deducted up to a year later – this is due to change from 2019.

The company will write and tell you if this has happened, but that takes time, if you think you’re impacted call them about it.

In the meantime, to avoid this happening, in the last 23 months a new rule means you can switch to repaying the loan by direct debit instead of through your employer – which should help.

What are you waiting for? see if you can get anything back!