Some of The Learning Support Centre Team had the pleasure of attending The Autism Show last month at the NEC in Birmingham. A highlight of the day was attending the talk ‘Playing to Our Strengths, Not Focusing on Perceived Weaknesses’ by Travis Smith who is in an Autistic Actor and plays the role of Mark Berwick in the critically acclaimed BBC drama ‘The A Word’ about a young boy who has Autism.

Travis was interviewed by Autistic Vlogger Connor Word who interestingly also auditioned for the same part, luckily there didn’t appear to be any hard feelings! Travis talked openly about how difficult it had been for him as a child and teenager at school as he was always seen as the naughty kid who didn’t listen.

The lack of understanding around Autism meant that things got so bad for Travis that he stopped attending school and spent most of his time at home. Luckily for Travis, with the support of his mum, he joined a drama group and eventually got invited to audition for the A word, where they immediately recognised his talent and snapped him up!

Travis is an Autism Advocate and it was really inspiring to hear about his journey to fame and how he is raising awareness about the misunderstandings and perceived weaknesses of people on the Autistic Spectrum rather than focusing on their many strengths.

The A Word is currently available on BBC iplayer: Please click HERE 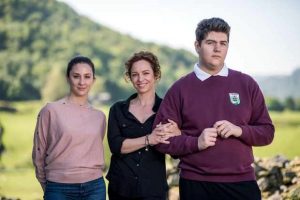 If you are at university and have autism email us at info@learningsupportcentre.com to find out what support we can offer.